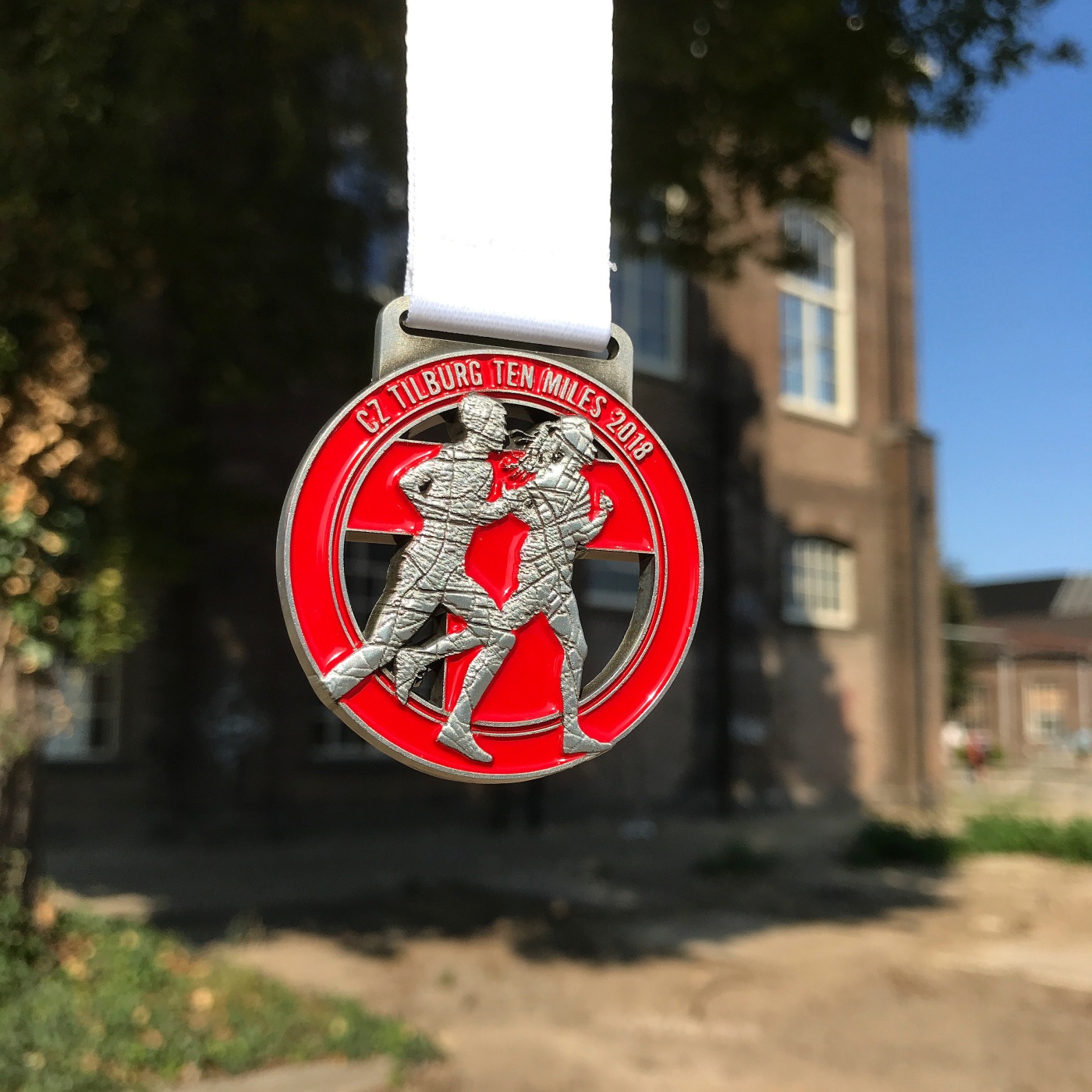 I had heard a lot of good things about the Tilburg Ten Miles race, but I never ran it before. It was easy to get to the start, it’s only about half a kilometre from the central station in Tilburg. I met up with some runners before the race so I could give them some Tailwind Nutrition to try. After which I dropped of my bag off and headed to the starting pens. You could decide in which starting pen you wanted to start (except for the elite one of course). 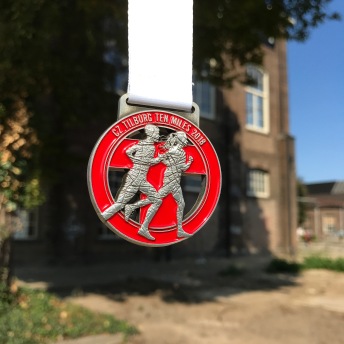 I wanted to try to get a PB, because I wanted to see how fast I could still run (since I’ve mostly done long slow runs over the summer). But at the same time it was very sunny and 24 degrees, nice weather, but not ideal running conditions.

I got a bit carried away in the wave running pace at the start and actually managed to run my fastest kilometer ever. I slowed down a bit after that but still tried to keep up a fast as possible pace. And I managed to keep that up without any trouble for the first 5k of the race. But at 7k I started to get thristy because of the heat. I was holding a bottle with Tailwind, but I needed extra water and I could only get that at the aid stations every 5k. So between 7 and 10k I was struggling to keep up the pace while longing for water. At the 10k point I was still pretty much on pace, but very thirsty so I gulped down some water and added even more water to my Tailwind bottle. Now, being thristy doesn’t make you run faster, but having a lot of water in your stomach doesn’t make you faster either. So the remaining 6k I struggled even more trying to keep up the pace, but couldn’t do it. Especially the last 4 kilometers seemed to last forever. And since I never ran the race I wasn’t entirely sure where the finish was (although I knew it had to be close to the start location). So when I saw a banner over the road I thought that was the finish, until I realised all the runners were continuing past the banner. Darn. We went underneath another sponsor banner (really, can race organisers stop placing banners close the finish line?!) and around the corner and then there was the finish line. In the end I was two minutes slower than my 10 mile PB.

The route of the Tilburg Ten Miles goes through the city center and through several residential streets in the city. There are a lot of supporters along the route and especially in the residential areas there are entire families sitting outside of their gardens watching the race. There were a few live bands playing along the course and music coming from speakers. I did wear my Aftershokz this time (cause I regretted not wearing them in Dublin), but since they don’t cover my ears I could still easily hear the music and runners over my headphones.

I got recognized a few times by people who follow me on Instagram. It’s always great to meet other runners that I already know from Social Media, but unfortunately it’s a bit difficult to have a conversation while running a race (especially when you’re heart rate is 210 and it’s already a struggle to breathe and they run faster than you do). 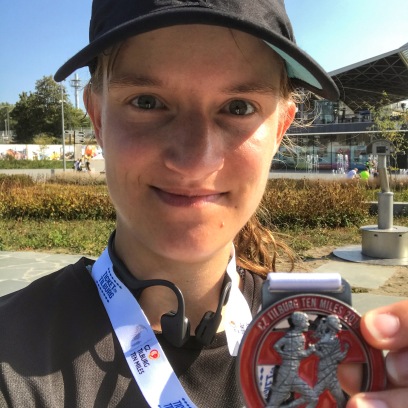 Would I run this race again? Yes, the atmosphere is great, it’s easy to get to and well organised. The water stations had enough volunteers to supply water and sponges even though it was hot and everyone wanted water and sponges, the route was clear and there was enough entertainment.