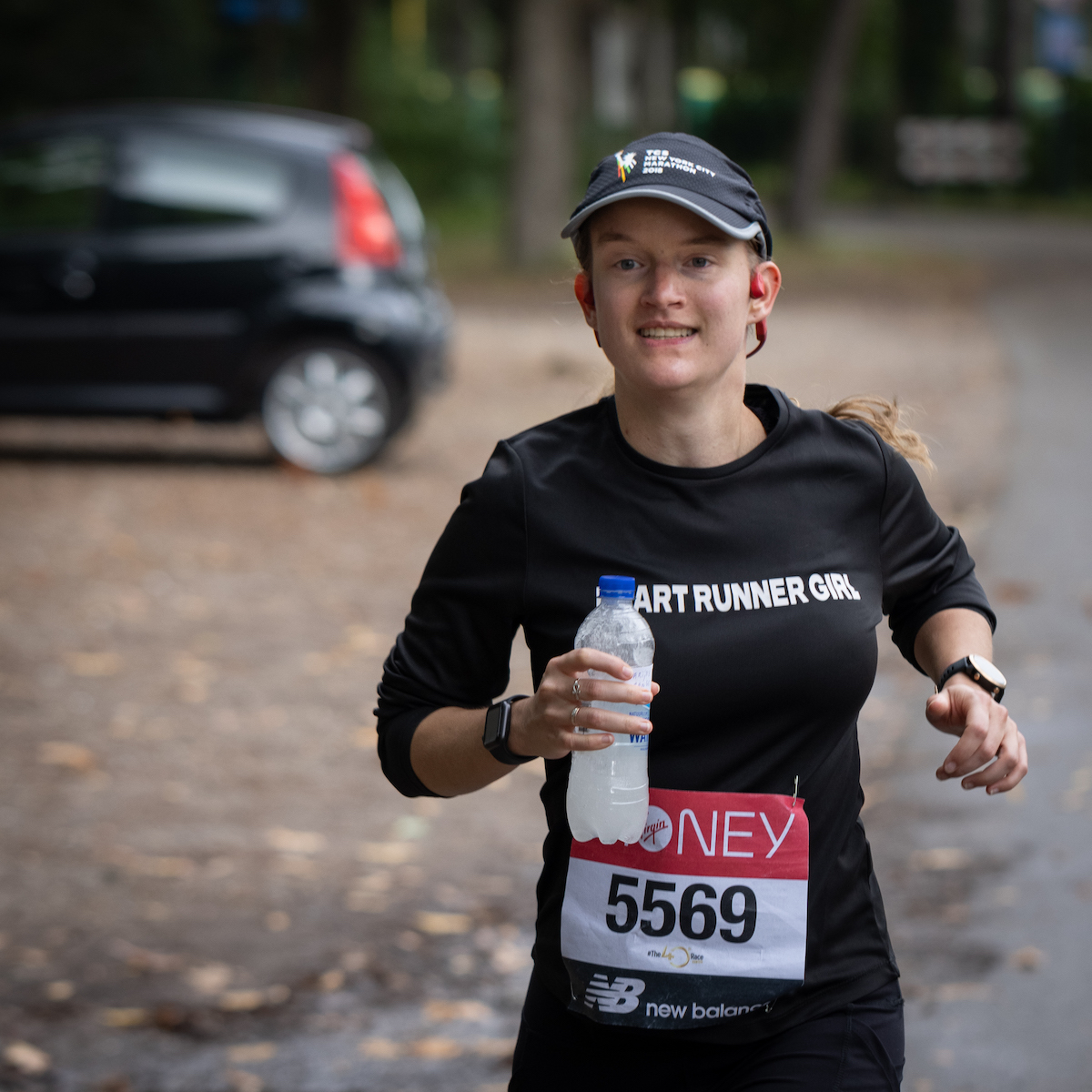 I was supposed to run two marathons this year, Boston and New York, but corona. I ran Boston virtual and wondered if I should do New York virtual as well, but for New York it’s not unusual to have a virtual event. They had a virtual event for the past few years. However, other Marathon Majors have not had virtual events before, but only became virtual due to the pandemic. London also became virtual for the first time and for it’s 40th race no less. People who had a bib for London 2020 could sign up for the virtual and all remaining numbers were open to everyone afterwards. I signed up as soon as it opened to the general public not sure how fast it would sell out. The regular London Marathon is basically impossible to get into, you have about a 3% chance to get in through the lottery. I’ve been trying for several years with no luck, so I decided to do the virtual London Marathon instead of New York.

For Boston you had a 10 day window to run your marathon (but you obviously had to run it in one go). With London they didn’t give you a choice, it had to be on the day that the elite London Marathon race would take place on the 4th of October. Even more specific, it had to be on the 4th of October British time. For me it’s only a one hour difference with London, so not a big deal, but for runners elsewhere in the world that made it a bit more difficult.

I soon found out that some of my friends had also signed up for the virtual London Marathon. Mel and Carianne had both signed up, all three of us are volunteers at Karpendonkse Plas parkrun and thus live in the same area. For both of them it would be their first marathon, for me my sixth. However, I’d never run two marathons a month apart before. Boston I ran on September 7th and London needed to be done on October 4th. Not sure if I would have done a virtual for my first marathon, but I started running marathons way before the pandemic.

I thought it would be fun to run the same loop, since then we would run into one another along the way but could still run our own pace. The easiest would be to run between my house and Mel’s house and use those as aid stations. So I figured out a route that was about 10.5k and hopefully not too much traffic. So you’d have to run it 4 times to get the marathon distance. We decided to all wear our bibs that the London Marathon had sent us to make it feel a bit more like a race. And I had convinced my dad to be the race photographer.

London Marathon had designed an app that you had to use to track your race and it would also give you audio commentary at every mile. The problem with it was that once you started it, it would only stop after you’ve reached 26.2 miles or if you cancelled the run. You could pause it, but your elapsed time would count, not your moving time. It was a bit cold, rainy and quite a bit of wind when I started so I decided to wear a jacket. I had recently gotten Bibbits magnets with an order I had made at a running store. I’d never used them before, but I didn’t want to put pins in my jacket, so I decided to go for the Bibbits. Wrong move, apparently nothing new on race day also counts for magnets. They fell off my jacket as soon as I started running, so I had to go back and get pins and pin the number on my shirt. Unfortunately, I had already started the app so this was all lost time.

After I had finally set off I ran into Mel after just a few kilometers. She had started earlier in the morning so she was already on her second lap. Carianne had started roughly at the same time as me, but was a bit ahead of me and was running in the other direction, so I ran into her after 5k. And since she was a bit ahead of me I also ran into her after about 10k when she just started the second loop, but I saw her heading in the wrong direction. So I had to sprint after her to tell her she was going the wrong way. Although theoretically it doesn’t matter as long as you complete 26.2 miles somehow, but didn’t want her to get completely lost.

Arrived back home and grabbed a new bottle of Tailwind Nutrition. Dumped my jacket and I decided to change my shoes. I changed my Mizuno Wave Rider 24 for my Hoka Clifton 7. For some reason, that was also a wrong move. I’ve run in the Clifton 7 before, but apparently the transition from the Mizuno to the Hoka was not a great idea. Although in the beginning it was fine. I started my second loop. Ran into Mel again a few kilometers in. There was still a lot of wind and it being October there were also some falling leaves and acorns. And also out of nowhere a falling tree branch. Not a huge one, but not a twig either and it happened to hit my hand and then my shin. Ouch. That hurt for a bit, but it could have been worse. Ran into Carianne again about halfway through the loop. After that my feet started to hurt. The muscles in the bottom of my foot were cramping up, on both sides no less. I was a 16k at this point and had to slow my pace for the remainder of the loop until about 21k. I was not enjoying those 5k and annoyed at losing more time. I think at this point I decided it just wasn’t my day.

Arrived back home again, grabbed another bottle of Tailwind and changed my shoes to the Asics Nimbus 22, much better. At this point I was still behind on Carianne so I decided to try to catch up with her on the 3rd loop so we could maybe do the last loop together. After about 3 kilometers (you might guess what’s coming next) I ran into Mel. She only had about 6 or 7 kilometers to go and she was running the last few miles with her running squad. After 6k I ran into Carianne and her hubby. I was now ahead of her and had managed to catch up. This loop was definitely going better than the first two, even though I had already done 25k. I did notice some people looking at my bib and probably wondering what race this was. The bib didn’t say London Marathon, just the sponsors. Especially the runners were probably wondering what race they could have signed up for, but missed out on for some reason.

When I arrived back at my house Carianne wasn’t there yet. So I decided to wait for her, since it was her first marathon. In hindsight I should have just run around the block while waiting for her rather than just standing there. I didn’t mind waiting, but could have used the time to get some more distance in. We set out for our 4th loop together. I was still feeling pretty well actually. In the London Marathon app you could see the distance someone has run, just not their actual location. Mel had already finished and technically Carianne was slightly behind on me since she had been running a slightly different route. Her watch was also about half a kilometer behind on mine. We passed by Mel’s house where she was waiting for us to cheer us on.

I noticed Carianne was struggling a bit so decided that it might be easier if she did a few kilometers on her own pace and then I would meet up with her again so she would not be alone for the last few kilometers. I went on a parallel road and would catch her about two kilometers down the line. I still had a surprising amount of energy left after 37 kilometers, so did a few faster kilometers and then joined Carianne on the route again. We would finish the last few kilometers together. I expected my app would stop before hers, but I would just stay with her until she finished as well. Except when she all of a sudden said, just one mile to go. Turns out the app had decided she was all of a sudden ahead of me by almost a mile. No idea how that happened, but all of a sudden her app said she had finished and I still had a mile to go. So I decided to run that last mile on my own and loop back to meet her.

I had hoped to end up with a time around 06:45, since a virtual just isn’t as fast, because you have to be your own aid station and there is a lot less adrenaline and less distractions. I ended up with a time of 07:01:25, since I had lost some time with the Bibbits, the aid stations and running into everyone and waiting. Bit annoyed with that time since I know I could have made 06:45 (probably pretty easily) if I had just run around the block while waiting and if I would have used pins. But it is what it is. Just hope we get to run the actual London Marathon one day.