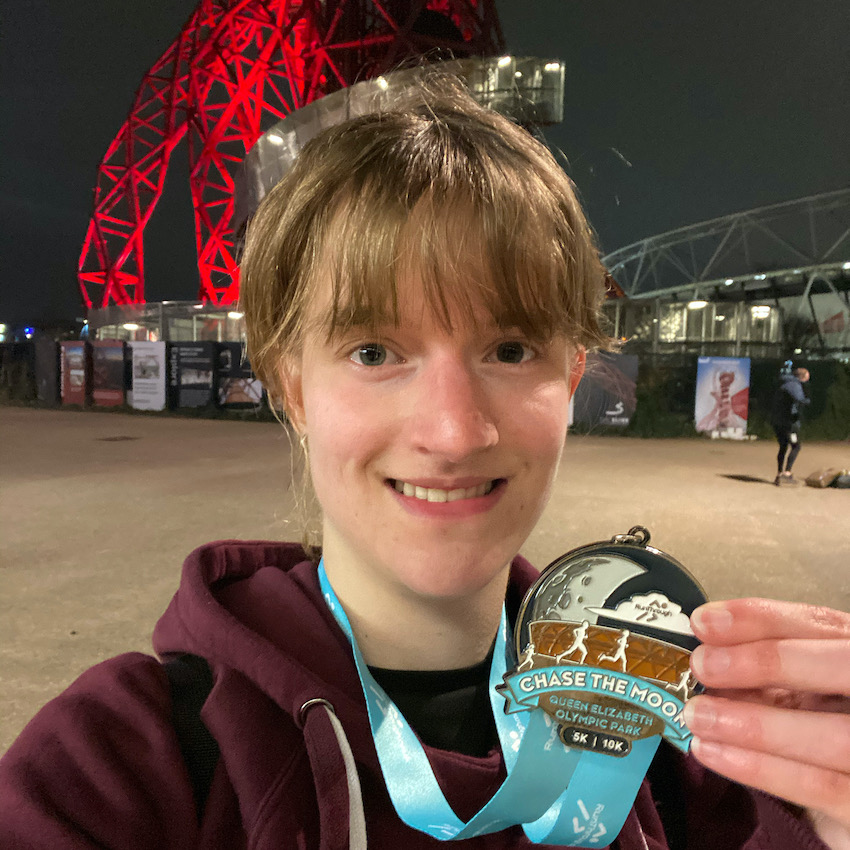 I’m an evening person and in the past some of my fastest races have been in the evening. Only not a lot of races take place at night. Since I was in London for the half on Sunday (which was later cancelled due to storm Dennis) I decided to do the Chase the Moon Olympic Park race as well. You could chose between 5k and 10k. The 5k race being two laps and the 10k being 4 laps. 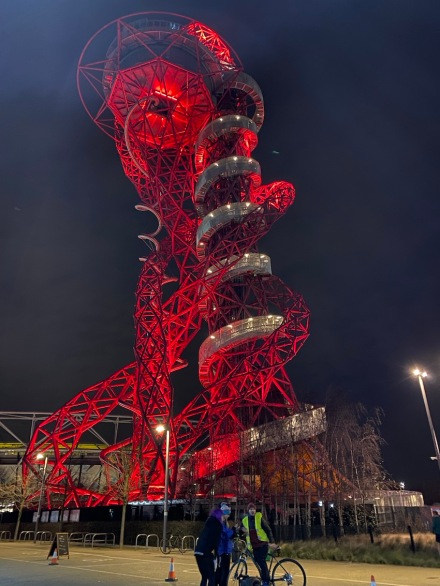 Since I knew it would be possible for me to run a fast time since the race was in the evening I decided to do the 5k and see if I could get a fast time. I wore my new Reebok Forever Floatride Energy 2.0 shoes for the race because I knew they make me a little faster. But at the same time I knew that my recent times hadn’t been that fast since I started on heart medication. I generally don’t even come close to my previous personal bests anymore since I started on the meds. 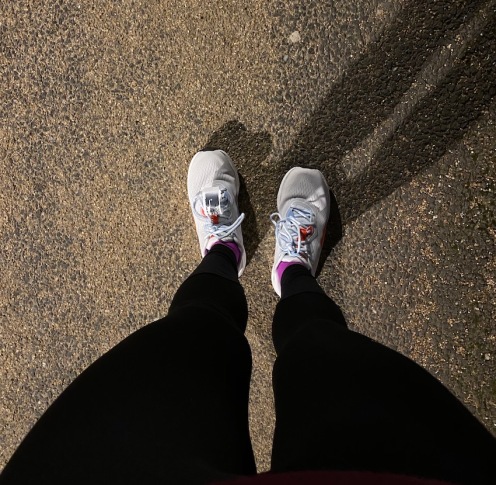 The route looped around the West Ham stadium and then out and back through the park and then you had to do it all again. It wasn’t too cold, about 7 degrees and dry weather. There were about 800 runners and the 5 and 10k took off at the same time. I noticed quite quickly that I was going pretty fast, I was able to run longer than normal before I had to walk and I was able to breathe because it wasn’t too cold.

Unfortunately I made the choice to wear my Apple Watch for the race. I thought that wouldn’t be a problem since it was only a 5k. But I soon found that the Apple Watch doesn’t do well with corners and sharp turns. So for me it felt like I was going really fast, but my watch didn’t measure the distance right and only said it was going fast. Soon I noticed that the kilometre makers of the organisation were not aligning with the distance on my watch.

To me it felt like I was running close to a PB, but according to my watch I just wasn’t fast enough. When I looped around the stadium for the second time and passed the 3k marker and looked at the time I knew that I was right and that I was running really fast. I just needed to keep pushing for another 2k.

Luckily for me the weather was good and I didn’t get the burning sensation in my lungs that I normally get when I’m pushing hard and the course was not too busy, so I could easy pass other runners when I needed to. But because the route was made up out of several loops there are always other runners around you and you’re not just at the back by yourself.

After a final push I got myself over the finish line it wat seemed like a great PB. But my watch said I was still quite a bit short on the 5k and I didn’t have my chiptime yet. I went back to my hotel and looked at the data from my watch. I could clearly see that the Apple Watch hadn’t measured the route correctly and that’s probably why it didn’t add up to 5k. Everyone else who had ran seemed to have measured 5k with their Garmin and other devices and I plotted the route online and it did measure 5k. So, the problem seemed to be my watch and not the route.

My chiptime came in at 34:14! Way faster than my previous PB and also my first PB on heart medication! I still can’t quite believe it. I enjoyed the race, it was nice to be at the Olympic Park at night and see lots of runners gather on a Wednesday night after work getting their workouts in. It’s not a fancy race with big sponsors and lots of things happening, but it is all you need in a race: fast course, nice medal, friendly volunteers , easy bib pick up and bag drop and food and drinks after you finish.